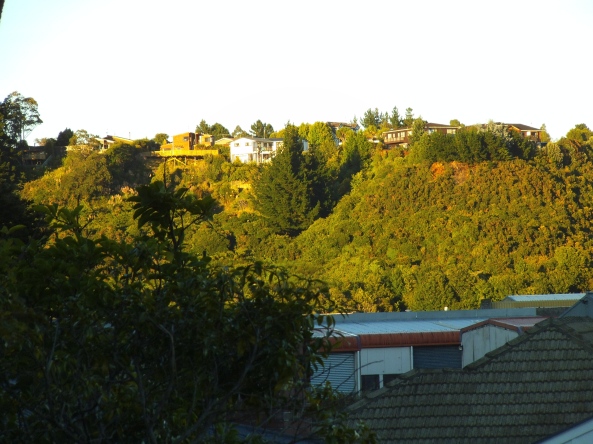 For more information on this challenge hop over to:

For Friday’s It’s Write Easy I used the word

Here is what I said :

Travel is the movement of people between relatively distant geographical locations, and can involve travel by foot,bicycle, automobile, train, boat, airplane, or other means, with or without luggage, and can be one way or round trip.[1][2]Travel can also include relatively short stays between successive movements.

My International student  had to attend some activities during the holidays. The college gave her a list of activities and she had to go to at least 5 of them.

Going to these activities took some travelling from Upper Hutt to Wellington.

The first week between the two long week-ends the weather did not play along for travelling and going outside. The second week  was much better.

We used different ways to travel:

Thursday morning we first travelled by car to the station where I parked it for the day. We took the train from Upper Hutt to Wellington.

It was worth using different ways of travelling.

We were ON THE MOVE the whole day!

Sunday Stills, the next challenge: Murals or Graffiti

Showing the first buildings in town

I had an interesting day yesterday, Thursday, Dec 5. A traveler, who I had never met before, came to visit me. I am keen on blogging and one of my blog friends from  Australia is visiting her family in New Zealand. We arranged to meet yesterday. She traveled with her cousin from Lower Hutt to Upper Hutt. They picked me up and we went to the Stone Stead Tea Garden for a lovely cup of Devonshire tea and home-baked scone.

My blog friend and her daughter first came to my place to meet Trompie because they also have a Schnauzer at home. After the meeting we first drove to Birchville and then to the tea garden because the owner knows a lot about Upper Hutt and also Birchvile.

While we were chatting away, my friend’s daughter took lots of photos of all the flowers in the garden. We decided to have tea and a scone after a while. While drinking and eating we kept on talking about all our interesting adventures, dogs, photography, crafts and also family issues.

We could not stop talking. It was as if we had known each other for ever. After a lovely outing, we said our good byes. I think I really met a wonderful lady who is worth knowing. I gave her one of our 2013 printed story books with a collection of best stories we have written this year, because I know she would love to read the them.

Thank you special friend for giving me the opportunity to meet you, it is a real honour! 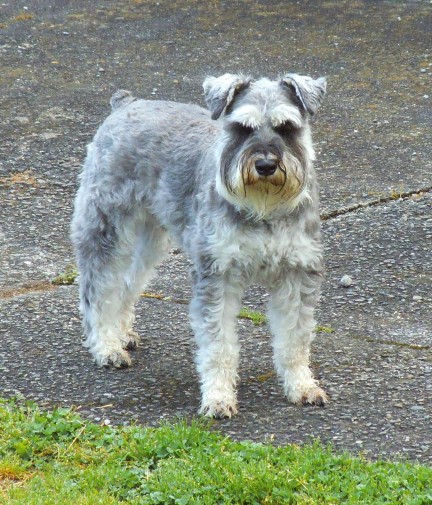 I took these photos in the tea garden 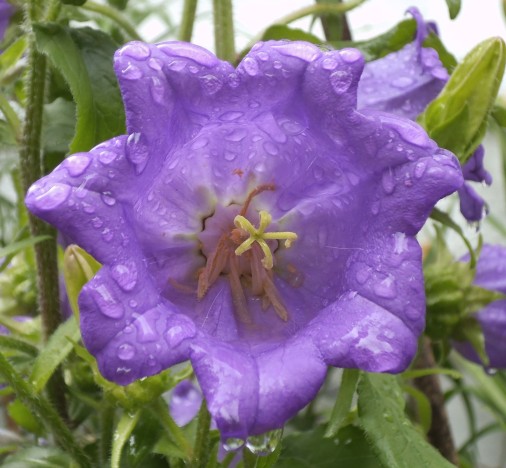 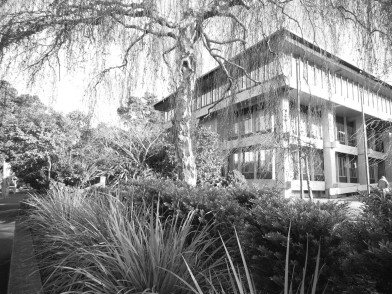 Last Thursday my friend and I completed our shop hop for 2013!

We had a real good time visiting the shops.

This year was the third time my friend and I participated .

We started off at ten from 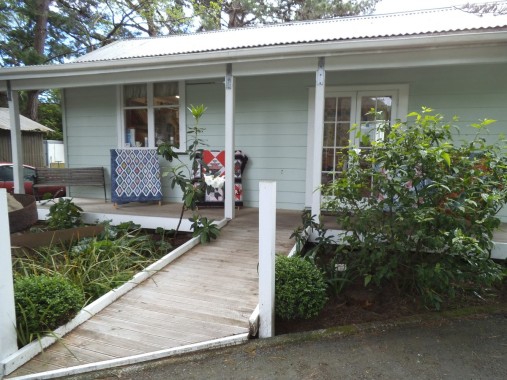 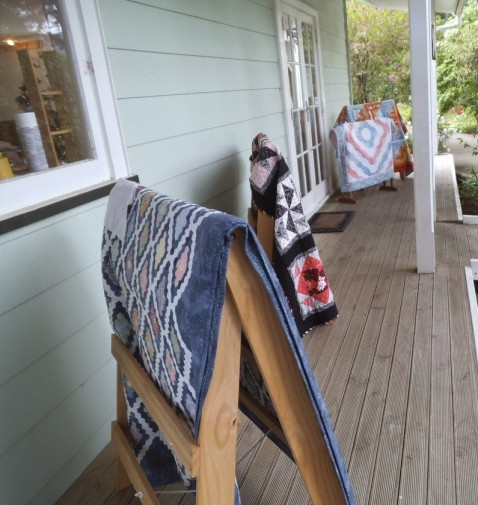 Yvonne the shopkeeper in front of her quilt for this year.

I am doing hers! 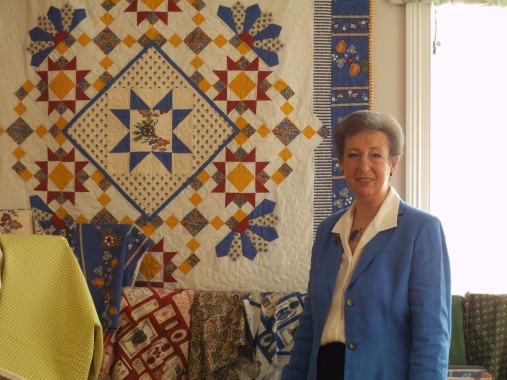 Next stop was way north at

The Crafty Pear(the black one) 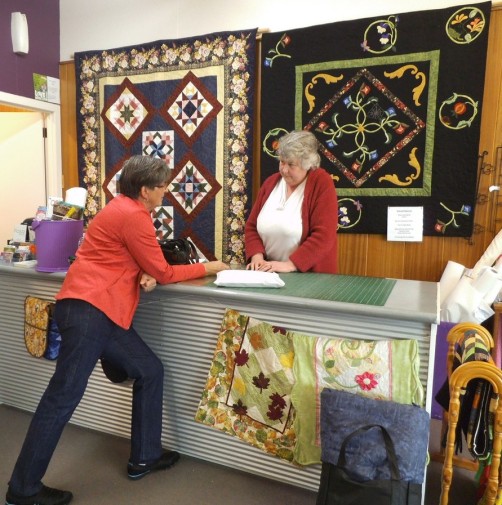 The last shop was 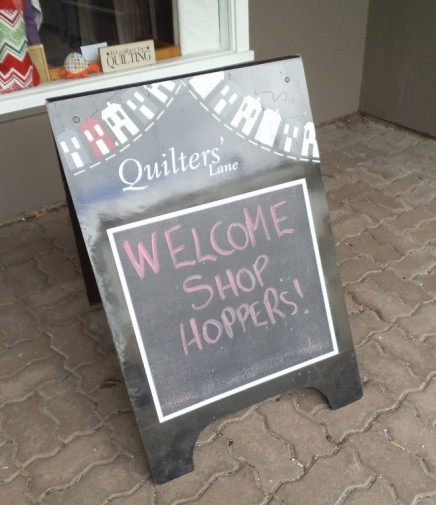 My friend is going to do Quilters Lane’s quilt 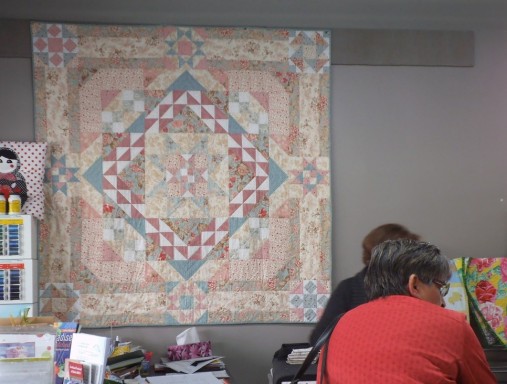 Each of the five shops prepared a basket as the lucky dip for this year.

This is Quilters Lane’s basket. 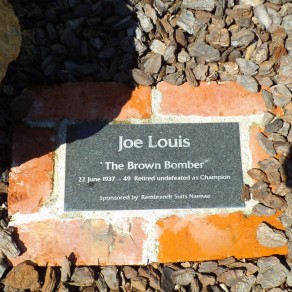 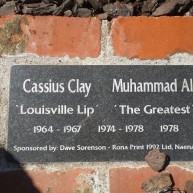 My photography  lesson or session was about

For two weeks the weather did not want to give way.

Yesterday I went out –

did some photographing at our new sports fields

It was only younger or still primary school games but

it gave me lots of  action photos!

I hope you enjoy them with me. 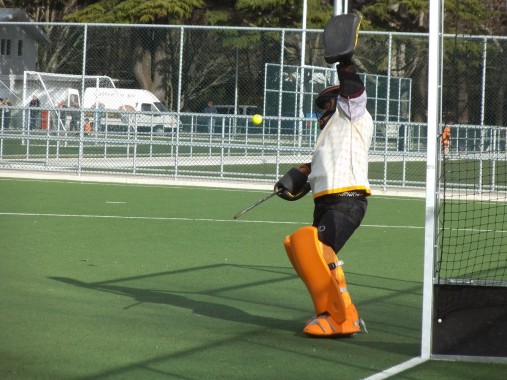 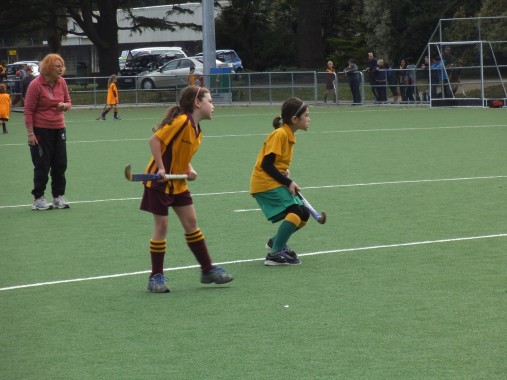 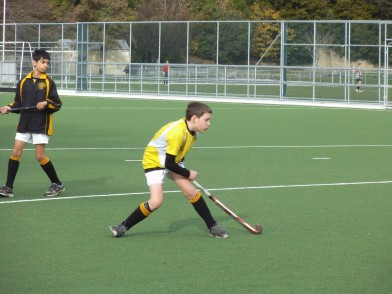 nearly missed that one!

I know some players are running out of the photo

doesn’t really matter to me. I at least tried to take photos.

Here I took many “empty” photos.

They were just too fast or I was always too slow!

What is the definition of rural fringe?

Answer:
The rural-urban fringe, also known as the outskirts or the urban hinterland, can be described as the “landscape interfacebetween town and country”, or also as the transition zone where urban and rural uses mix and often clash. Alternatively, it can be viewed as a landscape type in its own right, one forged from an interaction of urban and rural land uses.

This morning I took a photo of a clear RURAL fringe.

When I walk up the hill where I live there is a road that takes me to the end of our urban part of Upper Hutt, New Zealand. When you look at the next hill you can see some new dwellings. These house were not there 2 years back when I started walking up the hill and around the grove. The best is it is not going to be long before the whole hill is part of urban Upper Hutt.

Closer look at the same area!

Upper Hutt is 30 km north-east of Wellington. While the main areas of development lie along the Hutt River valley floor, the city extends to the top of the Rimutaka saddle to the north-east and into the Akatarawa Valley and rough hill-country of the Akatarawa ranges to the north and north-west, almost reaching the Kapiti Coast close to Paekakariki. Centred on the upper (northern) valley of the Hutt River, which flows north-east to south-west on its way to Wellington harbour, it widens briefly into a 2500-m-wide floodplain between the Rimutaka and Akatarawa Ranges before constricting nine kilometres further downstream at the Taita Gorge, which separates Upper Hutt from its neighbour, Lower Hutt. The city’s main urban area is on this plain. A smaller flood plain lies upstream, above the Kaitoke Gorge, but there is little development on it.

Hi Bloggers! Do you have to share a story or a short reflection tagged with the letter “R”? For example I’ve written about some RIVER memories (read below), about Russia or Rome, Robin Hood or Robinson Crusoe, about how to resist or how to retreat, how to roar and how to rest, about Rio de Janeiro or Rembrandt, about rainy days or rough racism, Route 66 and the Rolling Stones, James Rizzi or Renzo Piano, religion and rust, Condoleezza Rice or Rocky Raccoon, about revolvers and restaurants, riots and revolutions etc. – I’m sure you’ll find an own story or a short reflection tagged with “R”! Feel free to add in the comments the link to your personal interpretation of the letter “R”!!!

The warning came and I could not think what it was that gave the warning!

Last Sunday morning while I was up the hill walking Trompie (my best buddy) I heard this warning signal! It wasn’t like an ambulance or police car siren. It was more like a hard long whistle.

I walked on, going round the grove on my way back. Then I heard this hard hissing and puffing  noise and ah ha. I recognized it!  It said chook –chook puff- puff  and clack a clack.

I was just near the bridge at the top of the hill and there it came!

An old steam engine saying  “sakka pakka ,sout en peper ,gee my stoom dan loop ek beter.”( that is how we describe it in afrikaans)

In the front was a diesel engine , then came this huge gleaming black steam engine. Puffing away its familiar  smoke, up into the blue sky. It was pulling at least 5 or 6 old fashioned  red carriages.

This was so amazing.

The first warning came from the train whistle when it crossed the road in Upper Hutt.

Later the afternoon I came across a gentleman who lives near me and he gave me some more interesting facts about the railways. He said that Kruickshank  Road is built on top where the rails for the trains were. Going up the hill and then through a tunnel that he says is the longest tunnel in  New Zealand. I am not familiar with all these interesting things. Very interesting I must say.  He also said something about the diesel engine pulling the train through the tunnel and then it disconnects and the steam engine goes on its way on its own.

Your chance to get up close to a real live steam locomotive.

Built in 1930, our C class locomotive number 847 is now the only operating member of its class in New Zealand. Your ticket entitles you to as many rides behind this loco as you want in our 2 heritage passenger carriages.

A great day our for all the family at Wellington’s only operating heritage railway.

The Rimutaka Tunnel (officially Tunnel 2, Wairarapa Line) is a railway tunnel through New Zealand‘s Rimutaka Ranges, betweenMaymorn, near Upper Hutt, and Featherston, on the Wairarapa Line.

The tunnel, which was opened to traffic on 3 November 1955, is 8.798 kilometres (5.467 mi) long. It was the longest tunnel in New Zealand, superseding the Otira Tunnel in the South Island until the completion of the Kaimai Tunnel (8.88 km, 5.55 miles) nearTauranga in 1978. Rimutaka remains the longest tunnel in New Zealand with scheduled passenger trains.

Going from place to place, from home to the shops, from home to my son’s place, while I could not drive because of my injury made me use my two feet to go places.

Use my feet to get to the bus stop and take the bus to the shops!

We used the bus as transport before getting a vehicle/ motorcar.

Transport has changed much since the time we used our feet to get  to where we wanted to. Sometimes we used a bicycle or even a horse or donkey. Public transport came into use like buses and trains. Today most people want to own their own transport to take them to work or any other place they want to go.

No walking, no fresh air, even no bus or train journey is good enough today.

Cars are the best today!(That’s what everybody says till you don’t have it)