The few days I stayed with my older sister was pleasant. We could catch up on many things.

She took me one morning to the new GOLF PARK ESTATE between Modimolle and Mokgophong. 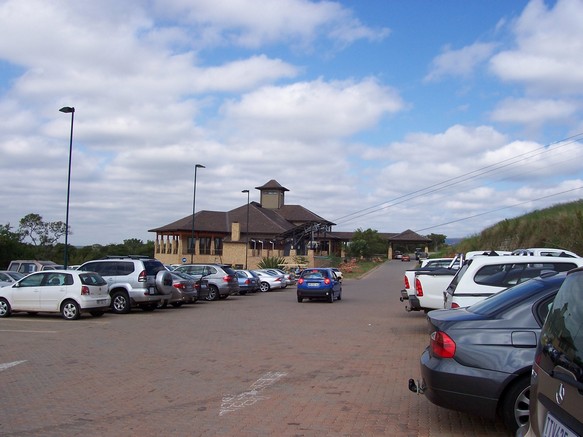 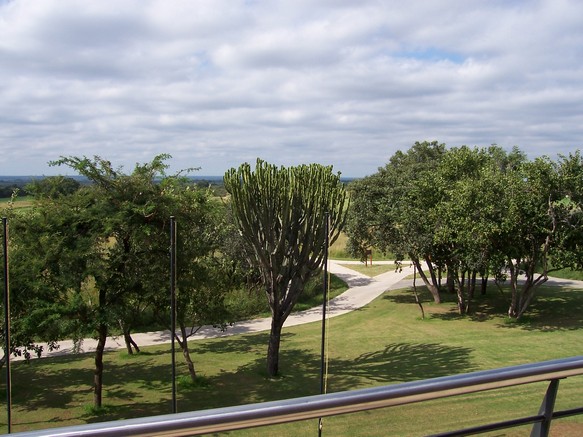 From the veranda of the Club house. In the middle is a Naboom.

Euphorbia candelabrum is a succulent species of plant in the Euphorbiaceae family. Its Latin name derives from its growth habit, often considered to resemble the branching of a candelabrum. E. candelabrum is endemic to the Horn of Africa and eastern Africa along theEast African Rift system. It is known in Ethiopia by its Amharic name qwolqwal. 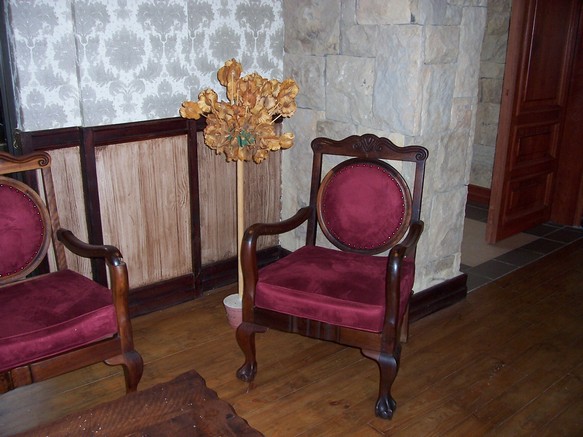 Inside the main building everything looked grand and rich. 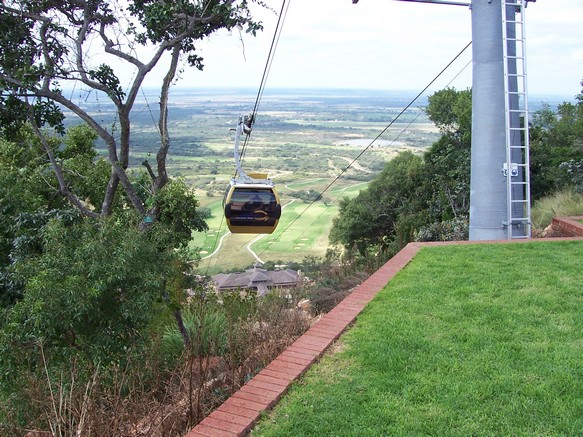 Cable car moving up. Top of the mountain looking down at the Club house and

Nyls Vlei in the distance. 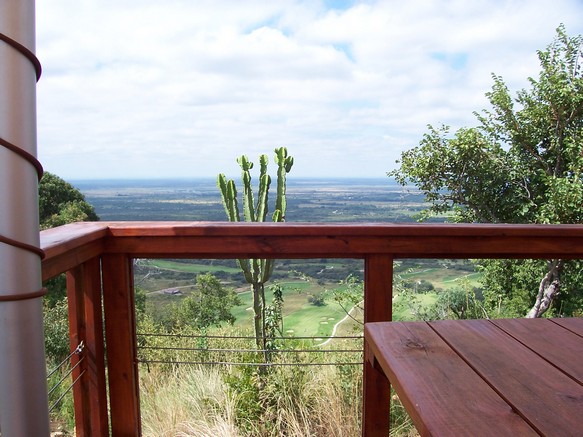 Looking at the Nyls Valley from the top.

The Nyl Floodplain is the largest inland floodplain in sSouth Africa, reaching 16 000 hectares when fully inundated. 10% of this floodplain is formally conserved as Nylsvley Nature Reserve, and was listed as a RAMSAR site, an internationally important habitat for waterfowl, in July 1998. Soon to be declared a national park, Nylsvley is one of the top birding spots in southernAfrica, with at least 365 species recorded. Over 104 water bird species visit (and many breed) during extensive flooding, which only occurs every three or four years. In high rainfall years, it is best to visit for two to four days in February to May. In dry seasons a two-day visit to see the bushveld birds is recommended.

We three sisters also went out for a good lunch just outside Naboom.

Here is a photo of the three of us together. 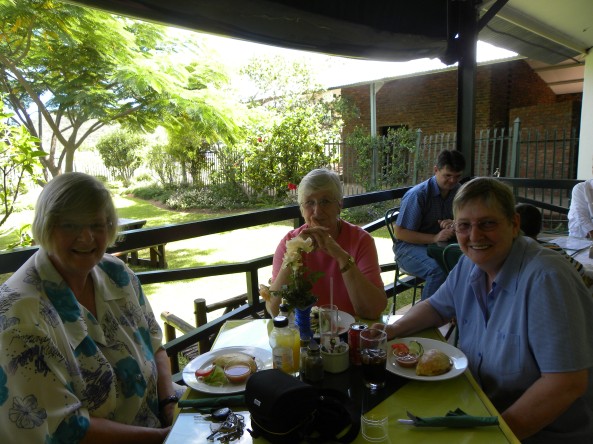 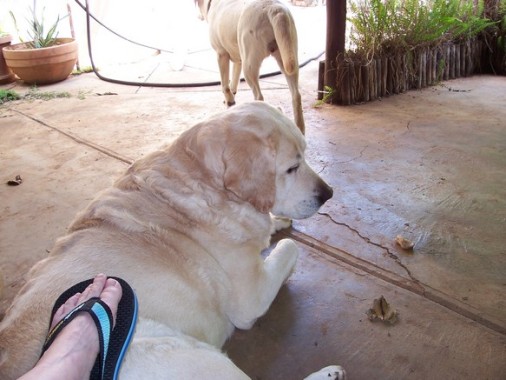 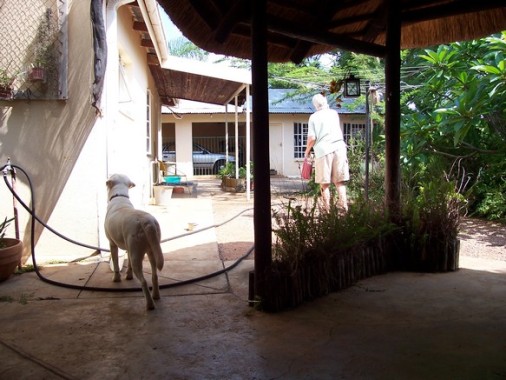 At my sisters place. This is Lilly looking at a lizard on the wall.

Mookgophong, also known by its former name, Naboomspruit, is a town in the Limpopo province of South Africa.

Town 42km north-east of Nylstroom and 51km south-west of Potgietersrus. It was founded on the farm Vischgat in 1907 and administered by a health committee from 1919. The name Naboomspruit is Afrikaans but derived from Khoekhoen; ‘euphorbia tree stream’, after the Euphorbia ingens which grows there.[2] The town was officially renamed Mookgophong on the 24 November 2006, by the South African government [3].

The next trip is going to be the one to Zimbabwe.

It is a whole expedition on itself.

I am just going to touch it so that I can move on to the next Remember S A.

We have many parks in and around our town. The parks are well kept by the Council.

Here is a park the children and teenagers love to go to. 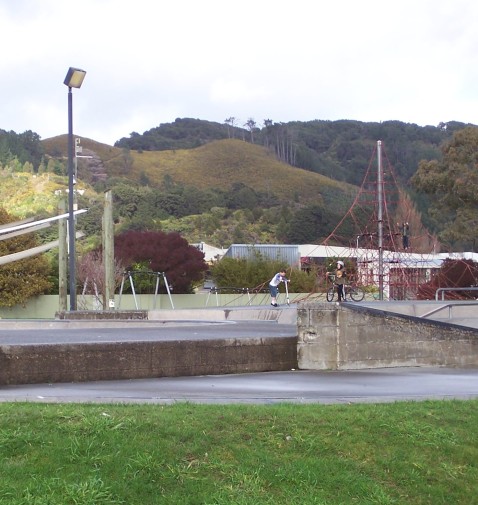 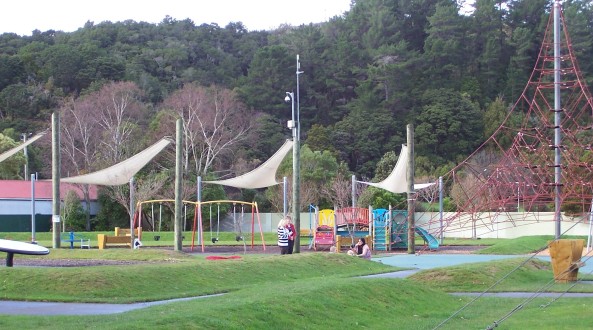 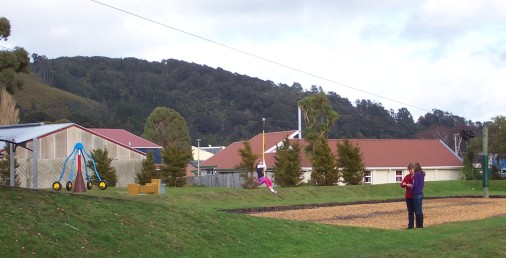 This is all the same park! It is huge!

If you have a park you’d like to share, create your own post between now and next Friday, title it “Travel theme: Parks” and put a link to this page in your blog post .