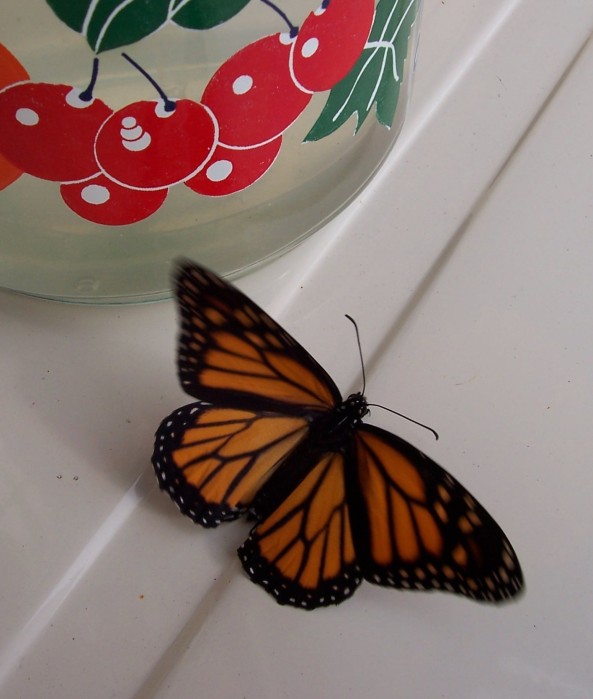 This one just started to fly away!(New Zealand  June 2009)

The Monarch butterfly (Danaus plexippus) is a milkweed butterfly (subfamily Danainae), in the family Nymphalidae. It is perhaps the best known of all North American butterflies. Since the 19th century, it has been found in New Zealand, and in Australia since 1871 where it is called the Wanderer.[3][4][5] It is resident in the Canary Islands, the Azores, and Madeira, and is found as an occasional migrant in Western Europe and a rare migrant in the United Kingdom.[6]