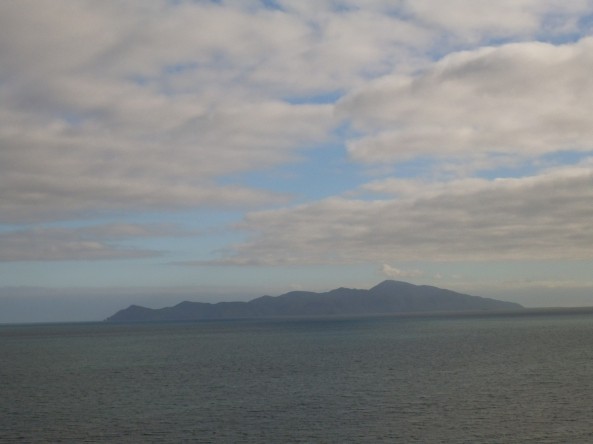 Kāpiti Island is a small but conspicuous island about 5 km (3 mi) off the west coast of the lower North Island of New Zealand. It is 8 kilometres (5.0 mi) long, running southwest/northeast, and roughly 2 kilometres (1.2 mi) wide, being more or less rectangular in shape, and has an area of 19.65 km2 (7.59 sq mi).

The conservation potential of the island was seen as early as 1870. It was reserved as a bird sanctuary in 1897 but it was not until 1987 that the Department of Conservation (DOC) took over the administration of the island. In the 1980s and 1990s efforts were made to return the island to a natural state; first sheep and possums were removed. In an action few thought possible for an island of its size, rats were eradicated in 1998.