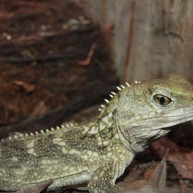 This one is the older or parent of the above one. 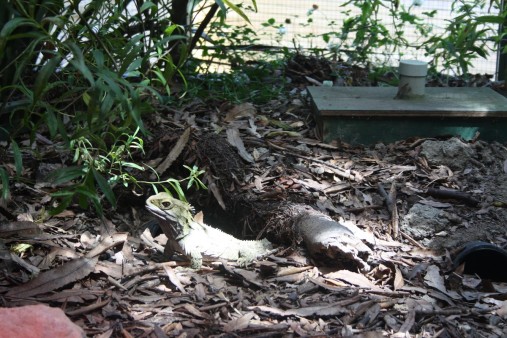 He/she is in a bigger area.

Tuatara once lived throughout the mainland of New Zealand but have survived in the wild only on 32 offshore islands.

These islands are characteristically free of rodents and other introduced mammalian predators which are known to prey on eggs and young as well as compete for invertebrate food. The islands are usually occupied by colonies of breeding seabirds that contribute to the fertility and hence the richness of invertebrate and lizard fauna needed by tuatara.

Trompie enjoying a bit of sunshine after so cool rainy days