who gave the answer

Three varieties of B.spinulosa are recognised; var. spinulosa, var. neoanglica and var. collina. All are small to medium shrubs with stems which arise from a lignotuber. The main difference between the varieties is the width and degree of serration of the leaves. Var.spinulosa is found in several disjunct populations between southern New South Wales and North Queensland, var.neoanglicais found on the New England plateau and var.collina is found in coastal New South Wales north from Sydney. Some intergrading occurs where the ranges overlap.

I took these photos in July.

Is there anybody who can help me with the name of this plant/shrub? 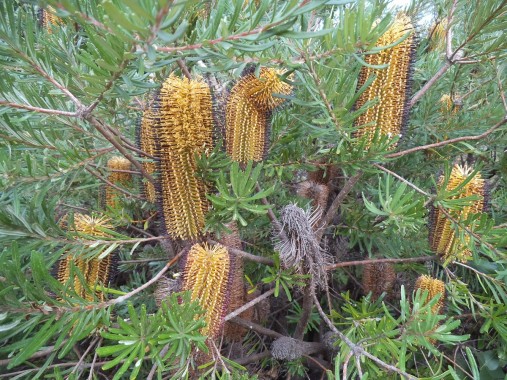