Yesterday was one of my best days in New Zealand.

The weather was perfect and we had an awesome day at

Here I am at the end of the day, 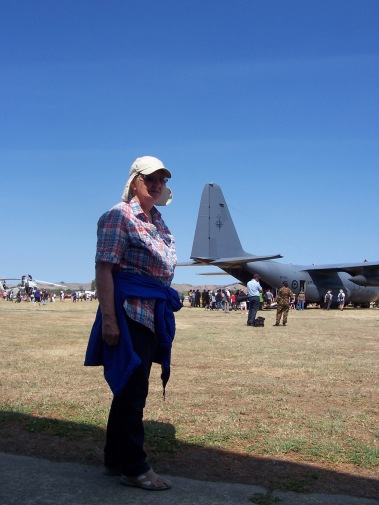 The Hercules was on display and you could go inside and have a look. 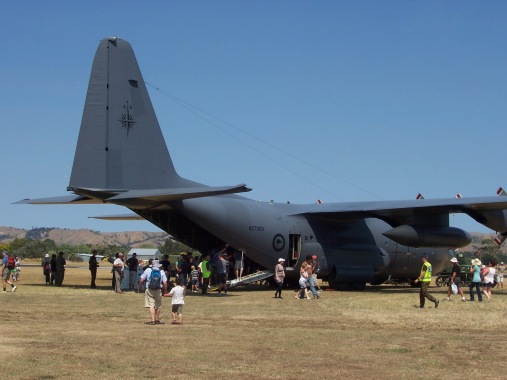 The Lockheed C-130 Hercules is a four-engine turboprop military transport aircraft designed and built originally byLockheed, now Lockheed Martin. Capable of using unprepared runways for takeoffs and landings, the C-130 was originally designed as a troop, medical evacuation, and cargo transport aircraft. The versatile airframe has found uses in a variety of other roles, including as a gunship (AC-130), for airborne assault, search and rescue, scientific research support, weather reconnaissance, aerial refueling, maritime patrol, and aerial firefighting. It is now the main tactical airlifter for many military forces worldwide. Over 40 models and variants of the Hercules serve with more than 60 nations.