Yesterday going for my walk I came across something interesting pinned onto a tree. I investigated and saw it was a gypsy moth trap. I looked up Gypsy moth and found the following information!

Large numbers of caterpillars infest trees, stripping them clear of leaves and exposing them to diseases. A major outbreak of the pest here could destroy gardens, crops, forests, native bush, and the communities that depend on them.

Egg masses were found on several vessels and shipping containers in the early 1990s. In response MAF studied the moth, planned for an outbreak, and established a network of traps around major ports and airports to act as an early warning system.

In March 2003 a live adult moth was caught in an early warning trap in Hamilton, a major entry point for international air freight. No more moths have since been caught, but experts believe it was unlikely to have been alone.

The excellent condition of the caught moth means it probably hatched in New Zealand. A typical gypsy moth egg mass contains between 500 and 1000 eggs.

In May 2005 MAF concluded an eradication programme to prevent an outbreak of the pest. The programme included aerial treatment, intensive pheromone trapping, and controlling the movement of vegetation out of Hamilton.

Eradication was officially announced on 26 May 2005, two generations after aerial treatment was completed.

This morning I took my camera with me to take some photos of this trap.

Sure is very interesting!

This is what I saw at first.

I am not going to say anything about the following SPOOKY photos taken at Weta World in Wellington New Zealand. 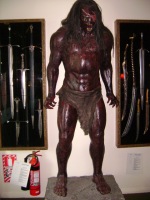 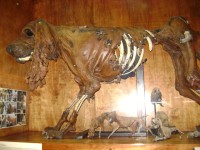 So what do you find truly spooky? If you’d like to join in this week’s travel theme, here’s what to do:

I’m quaking in my boots in anticipation of the chills and frights you have in store for me.

What is the definition of rural fringe?

Answer:
The rural-urban fringe, also known as the outskirts or the urban hinterland, can be described as the “landscape interfacebetween town and country”, or also as the transition zone where urban and rural uses mix and often clash. Alternatively, it can be viewed as a landscape type in its own right, one forged from an interaction of urban and rural land uses.

This morning I took a photo of a clear RURAL fringe.

When I walk up the hill where I live there is a road that takes me to the end of our urban part of Upper Hutt, New Zealand. When you look at the next hill you can see some new dwellings. These house were not there 2 years back when I started walking up the hill and around the grove. The best is it is not going to be long before the whole hill is part of urban Upper Hutt. 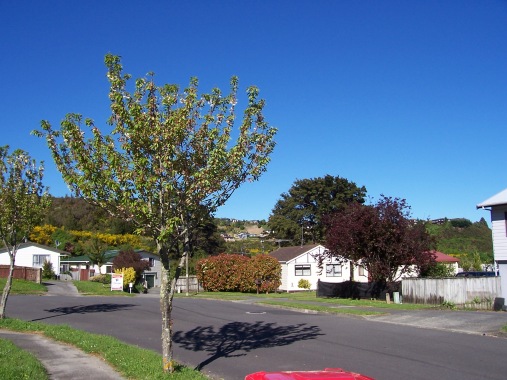 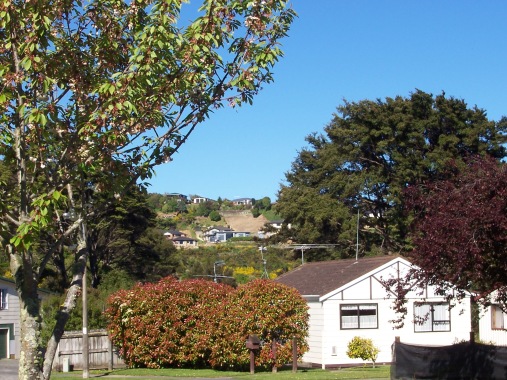 Closer look at the same area!

Upper Hutt is 30 km north-east of Wellington. While the main areas of development lie along the Hutt River valley floor, the city extends to the top of the Rimutaka saddle to the north-east and into the Akatarawa Valley and rough hill-country of the Akatarawa ranges to the north and north-west, almost reaching the Kapiti Coast close to Paekakariki. Centred on the upper (northern) valley of the Hutt River, which flows north-east to south-west on its way to Wellington harbour, it widens briefly into a 2500-m-wide floodplain between the Rimutaka and Akatarawa Ranges before constricting nine kilometres further downstream at the Taita Gorge, which separates Upper Hutt from its neighbour, Lower Hutt. The city’s main urban area is on this plain. A smaller flood plain lies upstream, above the Kaitoke Gorge, but there is little development on it.

Hi Bloggers! Do you have to share a story or a short reflection tagged with the letter “R”? For example I’ve written about some RIVER memories (read below), about Russia or Rome, Robin Hood or Robinson Crusoe, about how to resist or how to retreat, how to roar and how to rest, about Rio de Janeiro or Rembrandt, about rainy days or rough racism, Route 66 and the Rolling Stones, James Rizzi or Renzo Piano, religion and rust, Condoleezza Rice or Rocky Raccoon, about revolvers and restaurants, riots and revolutions etc. – I’m sure you’ll find an own story or a short reflection tagged with “R”! Feel free to add in the comments the link to your personal interpretation of the letter “R”!!!

You gotta take a risk
And risk it all 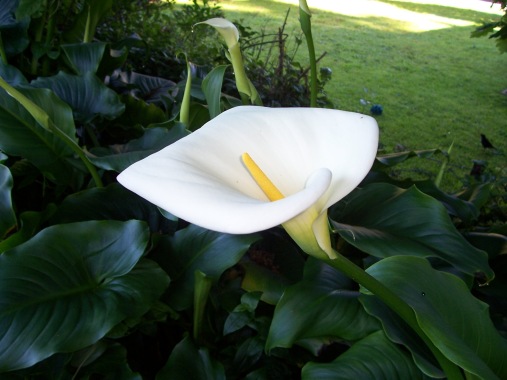 This is one of the best photos I have taken of a Callas Lily
They are just across the road from me
This morning I decided to take my camera and photograph them.
DARE TO LIVE
There’s a big old world outside of my door
Ain’t gonna sit and watch it spin by no more
‘Cuz it ain’t slowing down or waiting on me
I’m gonna grab what I can while it’s within my reach

I took this one with the bumble bee also this morning.
Join in the fun and have a look at http://autumninbruges.wordpress.com/2012/10/29/music-in-pictures-contest-dare-to-live/
for inspiration on Music in pictures.